It was only in the early 1990's that the Reiki History became mainstream knowledge. Before then it was handed down orally only, from teacher to student.

The knowledge of Reiki would have remained lost forever had Dr. Mikao Usui not re-discovered the key to this ancient healing art, at the end of the 19th century.

I remain extremely grateful to the good Dr. Usui for teaching and spreading the Reiki tradition.

It was the first healing modality that I was trained in and to this day remains my favorite.

I use and teach Reiki in conjunction with many other healing modalities because it is so versatile and actually powers up and enhances most other healing techniques whether alternative, conservative or allopathic.

The Usui story has been accounted thousands of times by thousands of people and over the years, many versions have surfaced and been debated as to which one is or was the original, be that as it may you can read the most generally accepted Reiki History here.

Whether you have a current health problem or just want to improve your well-being, the benefits of Reiki are many.

These benefits can be best understood through experiencing a Reiki Healing Session. 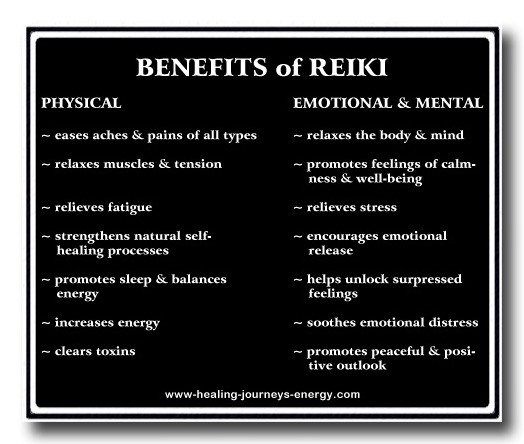 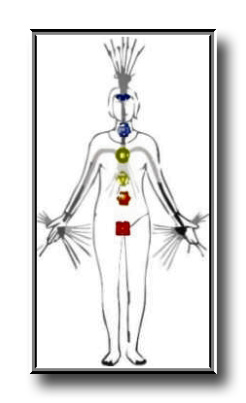 The natural ability to transfer energy does exist in all of us to a certain degree, but when you receive the Reiki Attunements after your Reiki Training your natural healing ability is very greatly enhanced.

After having given an attunement to you, my student, you will find that your physical and etheric bodies have been tuned to a higher vibratory level and that your energy centres, your chakras, have been opened to "channel" higher amounts of universal life force energy.

In the picture on the left you can get an idea of how the Reiki energy flows through your system once you've been attuned.

This focused and concentrated Reiki healing energy will increase in you after each attunement and even more so as you progress through all the Reiki Training levels to becoming a Reiki Master.

In you Reiki Training you will be taught the hand positions, as they were originally handed down by Dr. Usui, and how to use them.

When these specific hand positions are used in a healing session the Life Force Energy is channeled through to the patient where "it" will go to the part where it is most needed and give support and healing as the patient requires.

You will also be taught from the beginning how to control and manage the flow of Reiki energy through your hands and once you are attune to Reiki this healing ability will be retained for the rest of your life.

In the generally accepted Reiki History it goes like this:

Dr. Mikao Usui was a learned scholar who taught in a Christian seminary. One day he was challenged by one of his students, who asked him if he believed in the Bible stories of Jesus' healing and if so, when were they going to be taught how to heal?

It was said that as an honourable Japanese gentleman, upon realizing that he could not teach his students any healing techniques; dedicated the rest of his life to finding out how Jesus and the Buddha had been able to heal.

He was said to have travelled widely and learned other languages in order to research both Christian scriptures and Buddhist teachings, including Japanese and Sanskrit Sutras (sacred texts). He finally ended up in a Zen Buddhist monastery where the Abbot advised him to meditate to find the answers he was seeking. 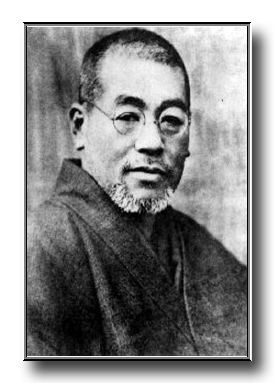 Dr. Usui then decided to go to Kyote to a mountain considered sacred by the monks. He discussed with the Abbot that should he not return after 21 days, the abbot should send some monks to retrieve his bones from the mountain.

There he fasted and meditated in expectation of being shown the meaning of the information he had found as he did not intend to return without an answer.

On the first day of his quest, he piled 21 stones at the entrance of his cave.

Every day he removed one stone to mark the passage of the days. After twenty days of intense meditation, nothing had yet happened.

Then, on the final day of his quest, in the darkest hour just before dawn, Dr. Usui saw a tremendous projectile of light coming straight toward him. Of course his first response was fear and a desire to run from it but after reconsideration he decided that this might be the answer to his quest.

He was right, he saw the sacred symbols he had earlier found during his research, and he acquired a profound and deep understanding of them.

Reiki History further states that when it was over, despite profound weakness after his long fast, he was able to rush down the mountain, but he injured his toe in his haste. He bent down, held his toe and found that the bleeding stopped, the pain went away and he was healed.

Later he healed a young girl's toothache and his friend the Abbot's arthritis, so he came to realize that he had finally discovered the healing power for which he had been searching.

Dr. Usui sought the Abbot's advice as to what to do with his new found ability and the Abbot encouraged him once again to meditate on the matter and finally, after some discussion, he decided to go work in the Beggars' Quarter in Kyoto. He hoped to heal the beggars so that they could receive new names at the temple, and thus be reintegrated into society.

He set about immediately healing young and old alike and the results were remarkable and many received complete healings.

After about seven years Usui began to notice familiar faces back in the quarter.

One specific young man drew his attention and he asked the young man:

Why certainly!" he replied, "I'm one of the first people you healed, I received a name, found a job, and even got married. I just couldn't stand the responsibility. It is much easier to be a beggar."

Usui Sensei found many similar cases and it saddened him deeply until he understood that he had to teach them responsibly and most of all gratitude and that by having given the Reiki away he had further impressed the beggar pattern in them.

People needed to give back for what they received or life would be devoid of value. It was at this time that Dr. Usui created the five principles of Reiki.

According to the Reiki History, shortly before his death, Usui Sensei charged one of his most devoted teachers, Dr. Chujiro Hayashi, a retired Naval officer, with the responsibility of carrying on the traditions of Reiki and he founded the first Reiki clinic in Tokyo.

In 1935 a young woman from Hawaii called Hawayo Takata (1900-1980), who was visiting relatives in Japan, came to the clinic for treatment of a serious tumour.

She was so impressed with the success of her treatment that she begged to be able to learn Reiki, and Hayashi eventually agreed to teach her.

Takata lived with his family and worked without pay in his clinic in exchange for the privilege of being able to learn the first and second levels of this healing system. 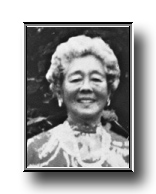 She returned to Hawaii in 1937 and opened the first Reiki clinic in the West, where Hayashi and his family visited her.

Reiki History states that he passed on the final level of the Reiki teachings to her in 1938, before he returned to Japan, so that she would be able to teach this healing art to others.

Mrs. Takata was the last master that Dr. Hayashi attuned and became the next Reiki grand master upon his death.

According to Reiki Histy, prior to her death in 1980, she initiated twenty two Reiki masters. This was the beginning of Reiki as we know it.

We all owe Mrs. Takata a debt of gratitude for establishing Reiki in the West and my Reiki lineage is derived directly from her efforts and now I can offer you the same opportunity to become a Reiki Master and if you so wish go on and become a teacher.

Have your say about what you just read! Leave me a comment in the box below.
Home > Reiki Healing Energy > Reiki History, Training & Benefits
[?] Subscribe To This Site