Colorful recipes are just the right element to liven up and stimulate everyone's appetite.

Color is nature's way of showing us what fruits and vegetables are good for us, the following recipes mix and match food in the color spectrum to ensure both nutrients and flavor.

Combine two tablespoons of lemon juice, one cup of strained orange juice and one cup of good-quality Sauterne (try the similar wine from California). Shake. Pour over ice cubes in two tall glasses. Garnish with half-slices of orange or lemon.

Combine one cup of hulled strawberries, three-quarters of a cup of cold milk, half a cup of natural yoghurt, two tablespoons of honey and quarter of a teaspoon of nutmeg. Mix in a food processor or blender until smooth. As a garnish, slit two strawberries half-way up the centre so as to sit on the side of each glass.

BORSCH - One of the colorful recipes including the Red, White and Green Vibration (serves six)

Saute' half a pound of grated beetroot in two tablespoons of canola oil in a pressure cooker for five minutes. Add half pound of peeled and chopped potatoes, one medium-size onion, minced, half pound of shredded cabbage, six cups of chicken stock and two tablespoons of lemon juice. Add two bay leaves and salt and pepper to taste. Mix thoroughly. Cover and pressure cook for twenty minutes. Serve with a spoonful of sour cream in each dish.

MUSHROOM SOUP - Another one of the colorful recipes including the Brown, Green and Yellow Vibration (serves six)

In a large saucepan melt two tablespoons of butter. Add four shallots, sliced. Cook gently until softened. Add half a pound of mushrooms and sweat over a low heat for ten minutes. Stir occasionally. Add three teaspoons of golden marjoram, or one teaspoon of dried marjoram and five cups of chicken stock. Bring to the boil. Simmer with the pan half-covered for twenty-five minutes. Strain the stock into a fresh pan. Press the mushrooms to expel as much liquid as possible. As you strain, tougher stems should be left behind. Reheat the soup. Stir in a quarter of a cup of cream. Season to taste. Garnish with a few thinly sliced mushrooms.

Remove crusts from three slices of bread and discard. Cut bread into cubes. Fry in a mixture of two tablespoons of canola or corn oil and half a clove of garlic, until light brown. Mix together two cups of red cabbage, one cup of white cabbage, half cup of carrots, a handful of raisins and two tablespoons of sesame seeds. In a separate bowl combine quarter of a cup of cream, two tablespoons of mayonnaise with one tablespoon of mustard. Mix well. Add to the cabbage mixture. Top with croutons.

Peel, core and cut two large pears into eighths. Dip in lemon juice to prevent browning. Beat one packet of cream cheese with enough orange juice to make a runny sauce. Sprinkle the pears with a little orange juice and some orange rind. Serve on lettuce leaves, topped with the cream cheese mixture.

Add three-quarters of a teaspoon of salt and one and half cups of long-grain rice to three cups of boiling water. Cook for twelve to fifteen minutes or until the water is almost absorbed. Stir in two thinly sliced, chopped sticks of celery, half a cup of finely chopped parsley and half a cup of shallots. Cover and cook very gently for three to five minutes, until the water is completely absorbed. Stir in two tablespoons of butter. Season to taste with salt and ground black pepper. 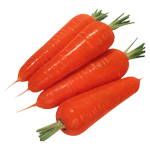 POLYNESIAN CARROTS - Another one of the colorful recipes including the Orange, Green, Yellow and Brown Vibration (serves four)

Steam eight carrots, cut into quarters vertically, over a small amount of salted water until just tender. Add to a pan two tablespoons of butter, one teaspoon of brown sugar, one teaspoon of grated ginger and a quarter of a cup of cashew nuts. Heat while stirring. Add the carrots and simmer for five minutes, turning occasionally to glaze the carrots on both sides.

AVOCADO AND SHRIMP COCKTAIL - One of the colorful recipes including the Green, Red and Yellow Vibration (serves four)

Cut two avocados in half and remove stones. Sprinkle with lemon juice to prevent browning. Mix a quarter of a pint of mayonnaise, two green cucumbers peeled and diced, three hard boiled eggs chopped, a pound of cooked shrimp plus salt and pepper to taste. Sprinkle with a mixture of chopped chives and parsley. Serve on crisp lettuce leaves.

Mix one large can of red salmon with one teaspoon of lemon juice, two tablespoons of mayonnaise and freshly ground black pepper to taste. Divide into quarters and place each portion on a lettuce leaf in the centre of each of four plates. Surround with a mixture of tomato, beetroot, yellow pepper, purple beans (lightly steamed) and julienne carrots.

Note: the salmon has a blue and red vibration.

CHOW MEIN - One of the colorful recipes including the Green, Red, Yellow and Orange Vibration (serves four)

As far as colorful recipes are concerned this is one of my favorites. Shred a third of a cabbage. Chop half a pound of green beans. Dice one large onion. Thinly slice a large carrot. Slice one can of baby corn spears in half. Brown a pound of premium mince steak in two tablespoons of peanut oil and one tablespoon of butter. Add the onion. Add one teaspoon of curry powder, two cups of water and one packet of chicken noodle soup. Add the cabbage, carrots, corn and beans. Bring to the boil and cook over a medium heat for twenty minutes. 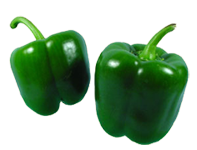 Cut two pounds of braising steak into thin strips. Combine half a cup of water, one teaspoon of soy sauce, one clove of crushed garlic and freshly ground black pepper. Marinate the meat for half an hour. Drain and reserve the liquid. Finely chop one stick of celery, one onion and one green pepper. Heat three tablespoons of peanut oil in a large pan and brown the meat. Add the vegetables. Mix the reserved liquid with a little corn flour. Add to the meat and cook, covered, until tender.

SPANISH CHICKEN - Another one of the colorful recipes including the Red, White, Yellow, Green and Brown Vibration (serves six)

Toss three pounds of chicken pieces in half a cup of seasoned flour until evenly coated. Heat one tablespoon of olive oil and one tablespoon of butter in a heavy pan and brown the chicken over high heat, turning frequently. Transfer to a casserole dish and add two cloves of crushed garlic, bouquet garni, one cup of dry white wine, two tins of chopped tomatoes and two tablespoons of brandy. Cover, reduce the heat and cook gently until the chicken is almost tender. After about thirty minutes add twelve fresh button mushrooms. Continue cooking for ten minutes. Sprinkle with finely chopped parsley and serve.

Sift together one and a quarter cups of plain flour, half a teaspoon of salt, three teaspoons of baking powder and one tablespoon of castor sugar. In a separate bowl, mix one egg and one cup of milk. Add this to the flour mixture. Then add two tablespoons of melted butter and half a cup of drained canned blueberries. Blend thoroughly. Allow to stand for one hour. To cook, place two tablespoons of mixture onto a hot lightly oiled frying pan or griddle. Cook until bubbles appear and begin to break. Turn over and cook on the other side. When cooked, spread with butter and sprinkle with brown sugar. Serve while hot.

PINEAPPLE FLUMMERY - One of the colorful recipes including the Yellow, White and Orange Vibration (serves four to six)

Chill one tin of condensed milk for approximately 24 hours. Place in a saucepan three quarters of a cup of pineapple juice, three-quarters of a cup of castor sugar, the juice of one orange and one packet of lemon jelly crystals. Bring them to the boil, stirring all the time. Take off the stove and allow to cool. Whip well. In a separate bowl, whip the condensed milk until thickened. Gently blend in the syrup mixture. Cover the bottom of a dish with three crushed chocolate biscuits. Sprinkle with one tablespoon of brandy. Add the pineapple mixture to the dish. Chill well before serving.

Color all Around Us

It can be so simple to miss the colors around us and the affects they play in our day to day lives.

By becoming aware of the colors around you, you will have the choice to mix and match them correctly to enhance your life... Magic!

Incredible as it might seem... Color Healing plays an important role in getting and staying healthy...

In "The Color Course - The Diversity of Color Healing" you will learn that just as our bodies need food and water to survive it also needs color or light to balance and energize because color is light and light is an essential nutrient to all life.

Have your say about what you just read! Leave me a comment in the box below.
Home > Using Color To Heal > Color Spectrum Recipes